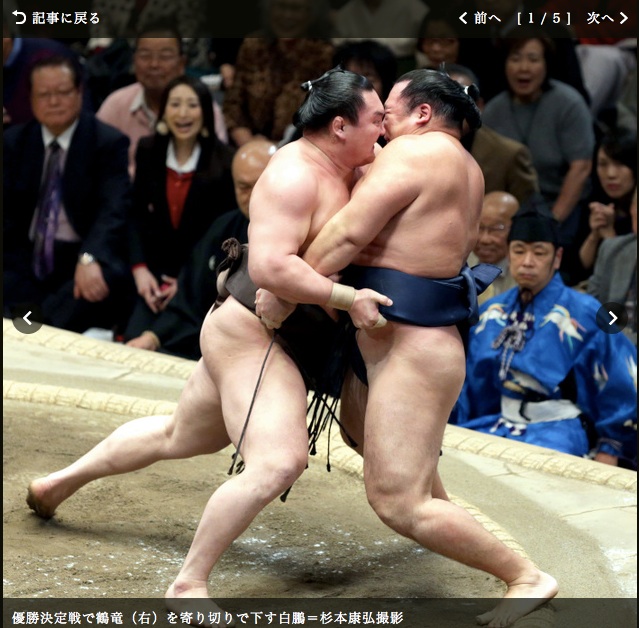 As Hakuho wins another tournament, this one the new year’s first in Tokyo. Thanks to the husband for the link. 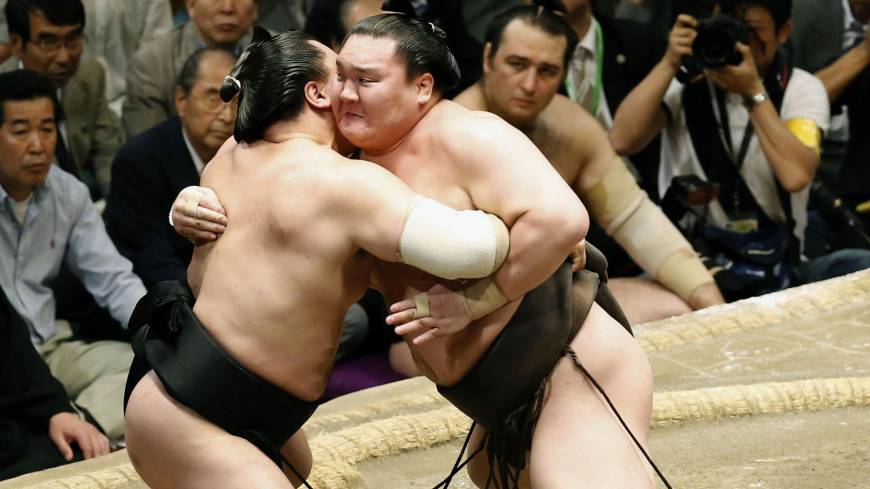 Undoubtedly, Mongolian Hakuho is one of sumo’s greatest. Yesterday he won the Tokyo tournament, his 25th! In the background is Bulgarian hottie Kotooshu, who scored his eighth win on the last day to maintain his ozeki status. 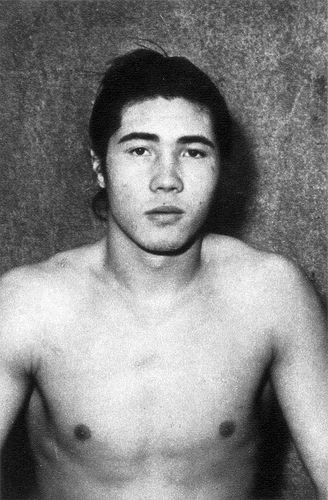 Taiho, one of Japan’s great yokozuno sumo champions, had a lavish funeral with mountains of white flowers. Current champion Hakuho led the mourning. Taiho was very hot in his youth. He was half-Ukranian and born in the Soviet Sakhalin island, which are claimed by the Japanese as the Karafuto island. 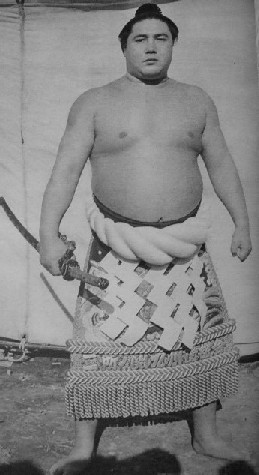 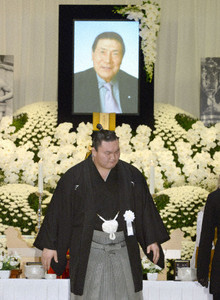 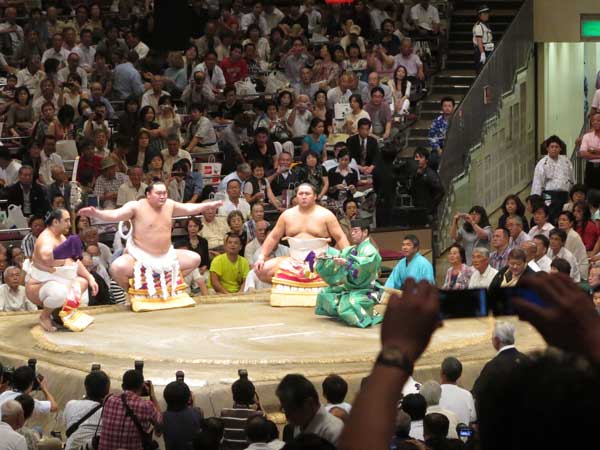 There is something deeply spiritual about sumo. I love that Hakuho’s belt and lightning bolts evoke the ones you see tied around Shinto shrine trees. Maybe the gods enjoy hanging out with the sumo players, as much as with the micro- green spaces by the shrines. 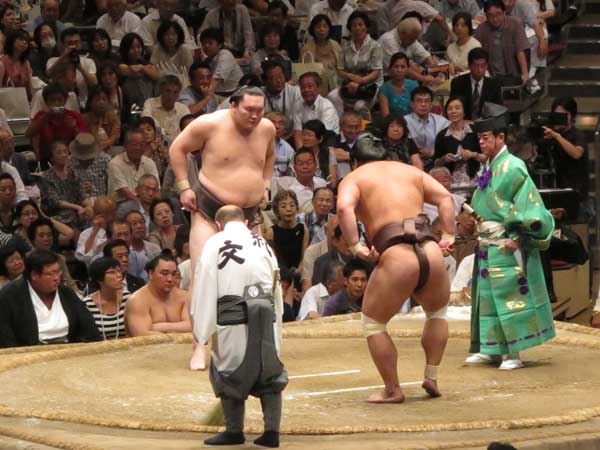 The Tokyo tournament saw Harumafuji rise to the level of yokozuna, sumo’s highest rank. Now there are two, including Hakuho, whose crotch is just behind the head of the well-dressed sweeper. 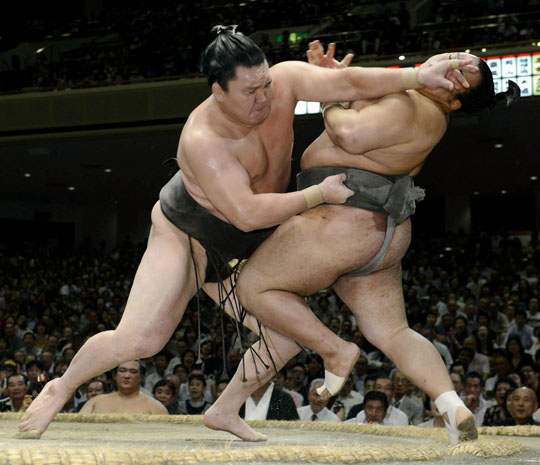 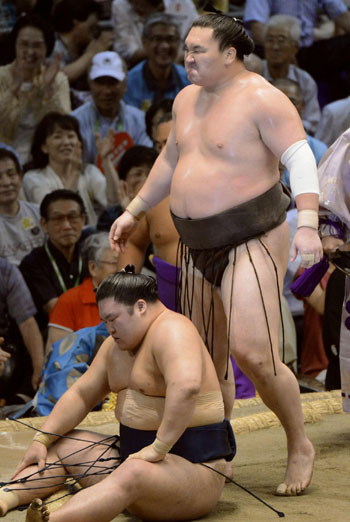 Hakuho defeats Goeido, and is now 9-0 at the Nagoya Grand Sumo Championship after losing May’s Tokyo tournament. If he wins now, it’ll be his 23rd career Emperor’s Cup. 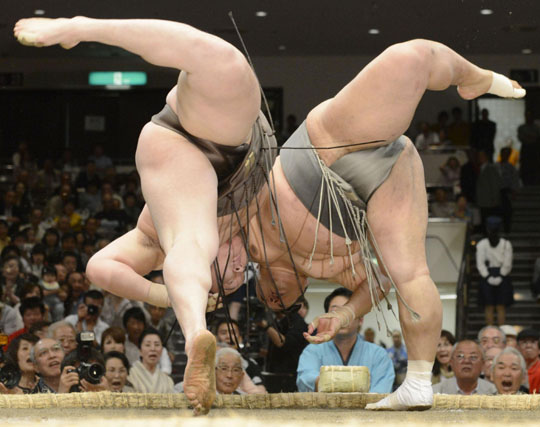 Sweet Mongolian sumo wrestler Hakuho is having a bad slump at the Emperor’s Cup. Three losses in a row, four in nine matches. 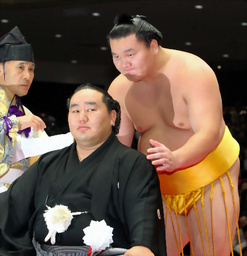 I shed a few tears over my beloved Asashoryu’s (forced) retirement from sumo. It’s not that I don’t like Hakuho, but Asashoryu’s bad boy personality is super sexy. The retirement ritual involves a hair cut. Thanks to the non-jealous hubb for sending me these images and story. 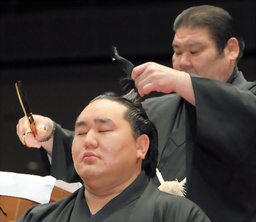 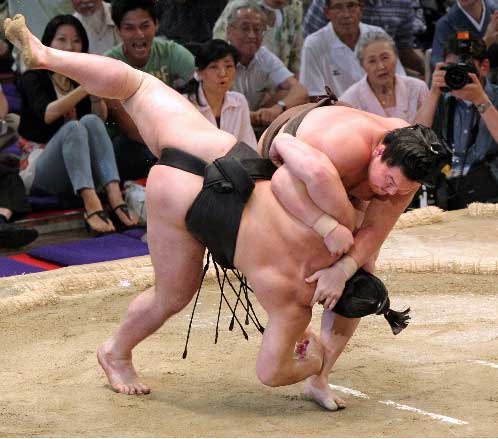 Sexy, adorable Mongolian sumo wrestler Hakuho has now extended his consecutive wins to 46, placing him 3rd in the ranks of all-time greatest sumo wrestlers. Since Asashoryu’s expulsion, Hakuho is the only yokozuna, or top-ranked player now. He is guaranteed to win the Nagoya championship that ends today. I was glad to see that despite the recent yakuza gambling scandal, the Nagoya stadium was full for this big match.

Watching on television allowed me to also focus on the opening ritual, in which Hakuho squats, lifts one leg to the side, drops his weight with a thud, thrusts his pelvis, and gives an impish stare. All while wearing not only the normal jockstrap-like costume, but also Shinto paper decorations and an elaborate rope sculpture on his back. A perfect mix of spirituality and raw physicality.