Despite the cold, I think he loves his job. Banzai! 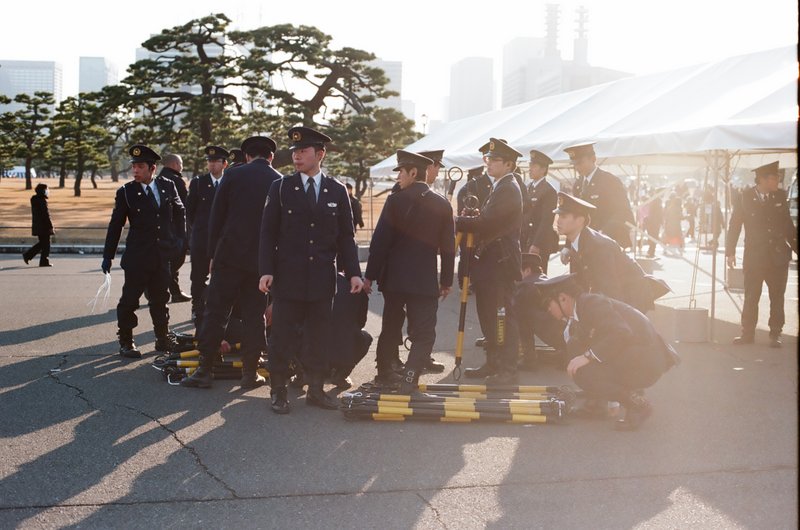 Have I mentioned that visiting the Emperor on his twice a year speeches is extremely satisfying for those who enjoy seeing men in uniform? 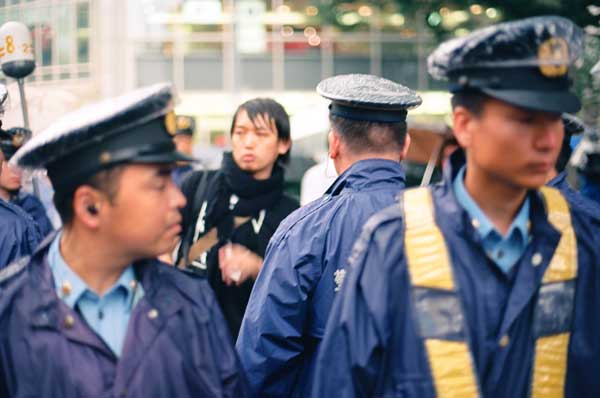 The intricacy of the police formation seems in direct proportion to the docility of the protesters.

I like this old skool Chinese restaurant in Nakano, with bar seating, fake brick, and cooks in caps and uniforms. Plus the hot guy turning to face the camera seems interested in my photography. 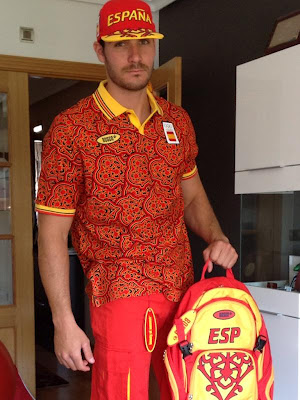 Some people are complaining about Spain’s Olympic uniforms, “with good reason” according to the press report. I think the uniform looks great on this Spaniard. (Via JoeMyGod). 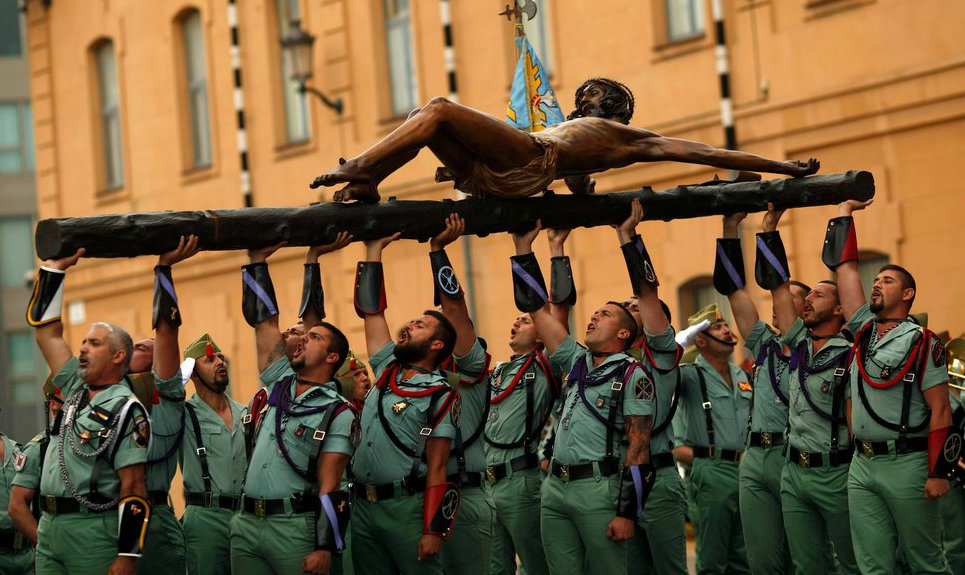 Thank you, the New York Times, for sharing this photo of the good friday celebration in Malaga, Spain. And thanks to Joe My God by labeling this photo “easter baskets,” which i believe has to do with the tight fit of this lovely 2 shades of mint uniform. I imagine they roared like lions, or maybe brayed like coyotes. One commenter suggests

Sometimes you’re just biking on your way somewhere, and suddenly an unexpected sight distracts you. This utility box worker has everything: great uniform, safety vest, helmet, towel, tools, orange hair, and one leg bent pose. I am glad that men like these are keeping Tokyo functioning.

Tokyo Moe could not have done better. Hats off to James Hadfield for the most fetishistic possible photograph of the Sept 11 anti-nuke demonstration in Tokyo. Nipples, uniforms, and body paint (plus lots of costumes and music) marked the 6 month anniversary of Fukushima’s nuclear disaster.

This photo seems to be saying that while it may be dangerous to live in Japan right now, it sure has a lot of visual stimuli as compensation. 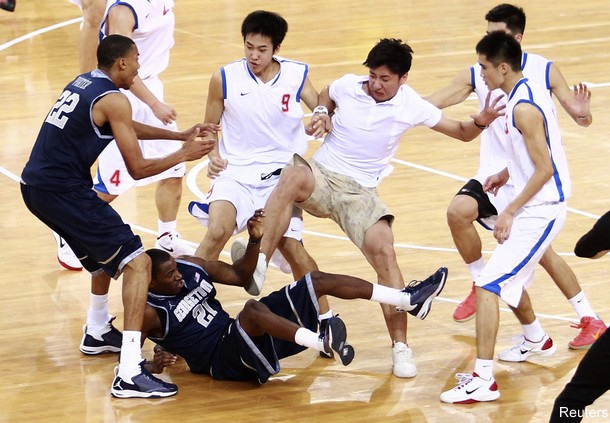 My readers know that I only care for sports in so far as there is someone interesting to look at. This basketball photo satisfies my basic requirements: Hot guys in uniforms (and not!), check. Inexplicable actions, check. Physical conflict that seems to mask physical attraction, check.

And I am left wondering why is the main stomper holding hands and locked arms with his teammate to his right?

There’s some story about how this brawl put an early end to an exhibition match in China with Washington DC’s Georgetown team. Thanks Ericthefez for photo & story.

One of the only dangers of urban life in Tokyo is being in a crowded train and being barfed on or about. Last week we were riding the rails, and just entered this car when we saw two uniformed rail workers spread out some sawdust and quickly sweep up the puke. Wow! It probably took less than 2 minutes.

Would this happen where you live? In the US, I can’t believe they would take care of it before the train reaches its final stop. With our reduced expectations, we would not be terribly surprised if the puke stayed until the end of the night shift or beyond.

I am frequently disgusted by how alcohol abuse is tolerated, encouraged, and denied. As someone concerned about being puked on or near, I was delighted to see this rapid remediation.