In Shinjuku, via Tokyo Reporter. 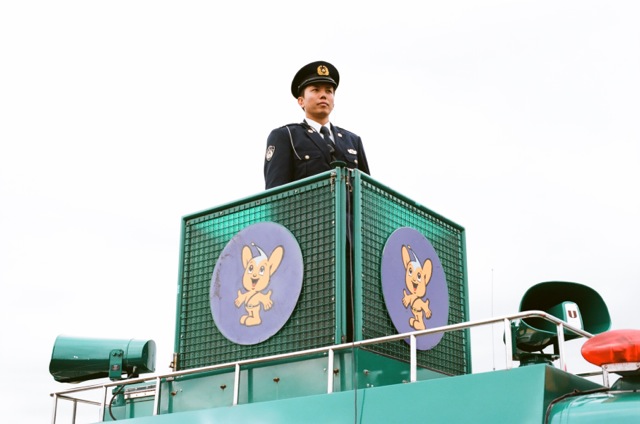 Why does this combination, of uniformed authority and short ladders, always slay me?

There’s something in the way he holds his megaphone, no? 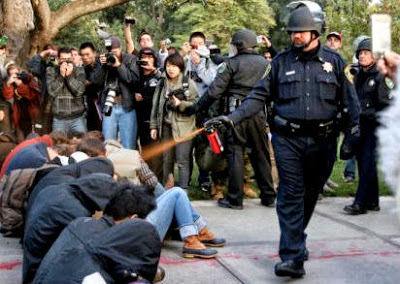 What the hell? This University of California at Davis perpetrator cop received a bigger sum than any of his victims. The photo above shows how much he suffered from the student protestors. The pay-out was on top of his more than $110,000 yearly salary.

Sidewalk pole dancing lasted only a few rounds before the local policeman shut down this dangerous and/or immoral public display. The drag queen behind him is so mad her cup is popping out.

Starting last summer, Tokyo police have cracked down on the dangerous custom of bars allowing patrons to dance. Citing an obscure law from 1948, the police have put on notice all the dance clubs in Nichome, and presumably smaller straight dance clubs. The original ordinance insists that dancing leads to prostitution. Whereas Japan has no shortage of real prostitutes and media simulations, allowing people to dance would be far too dangerous, disreputable, and contaminating. Oh, Japan, wake up. We’re in the 21st century! 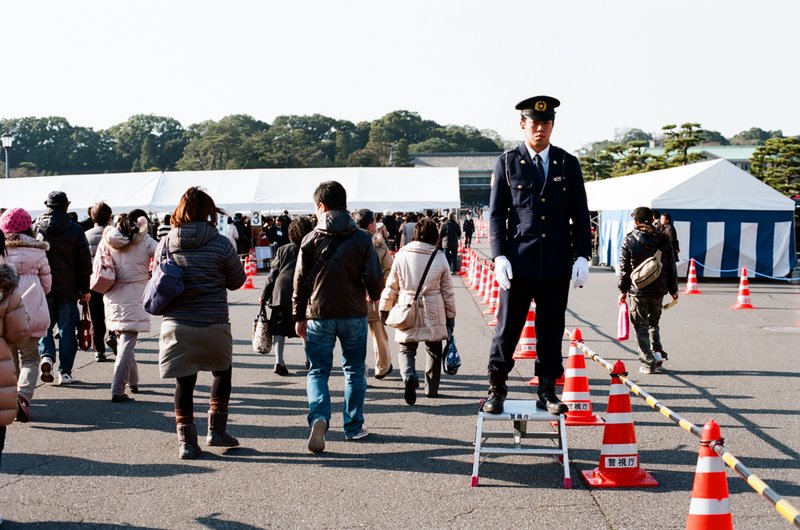 My number one Tokyo security fetish are policemen on top of 20 cm ladders. Really, it’s like a pantry step stool. So low tech, so minimal, and yet ever so watchful. If he needs to jump off the stool in hot pursuit, please please take care getting down! 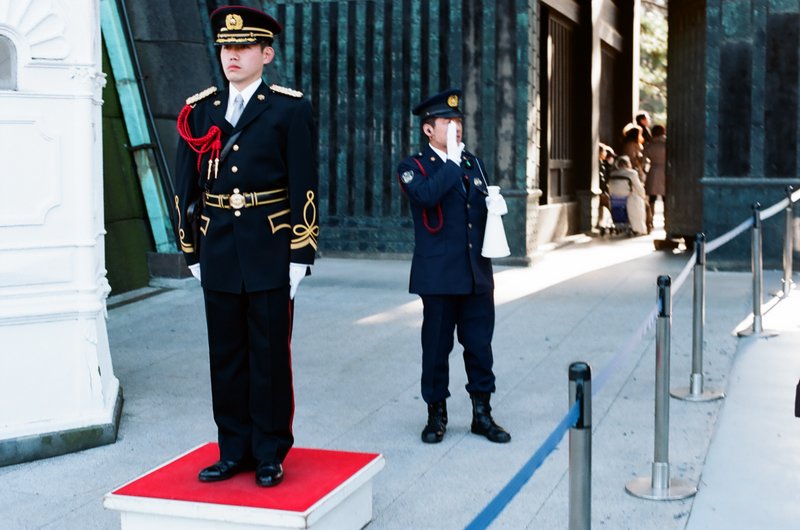 One of my favorite of all the many types of guards at the Imperial Palace. Who coordinated the outfit with the pedestal? Love it!!

The crowd’s excitement on entering normally forbidden territory is contagious.