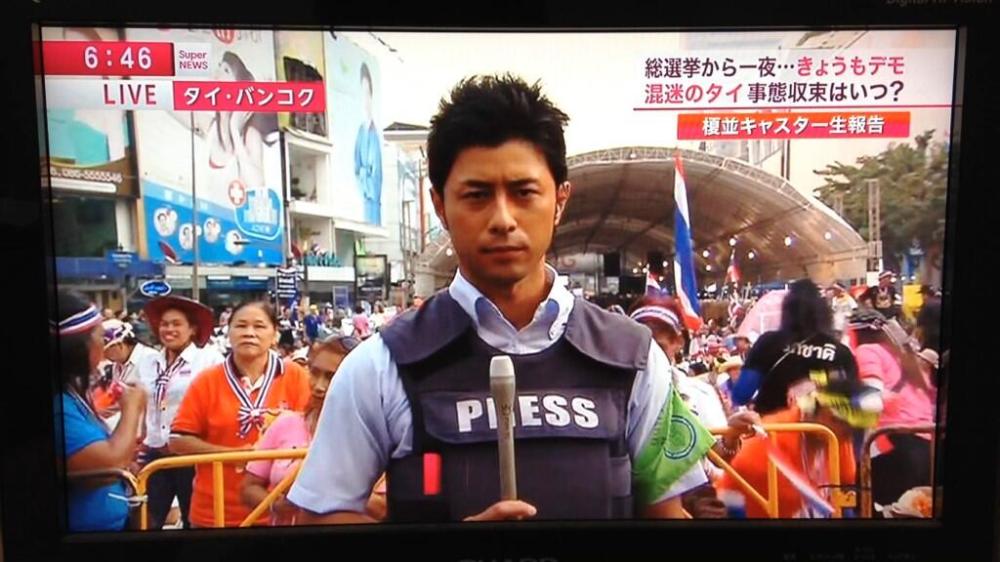 Apparently, viewers are paying less attention to the news than the reporter, Daijiro Enami. Don’t you think the news media was being snarky in calling Daijiro “handsome” with full quote marks? It must be a terrible burden.

Nothing’s better than a full-on Japanese apology, except perhaps when performed by an illustrious actor. This time it was Kabuki star Ichikawa Ebizo apologizing for getting into a drunk brawl in posh Nishi Azabu that caused injuries including a fractured left cheek bone, two chipped front teeth, and multiple internal and head bruises.

The “prince of Kabuki”stands to lose 100 to 200 million yen in product endorsements (US$1.2 to 2.4 million). And in true Japanese fashion, his shame threatens the overall image of kabuki, or so some say. The Yomiuri covers the facial reconstruction side of the story.

I’d like to think about how long his vow- “I won’t feel like having a drink for a while”– will last, particularly in light of this handsome actor’s drunken wedding image below.

Update: After reaching some sort of out of court settlement post-Xmas, Ebizo’s explanation for the fight: “Ebizo has claimed he was struck without warning when he was providing care to the man, who had been drinking heavily.”

I love the small details on this handsome conductor uniform: the matching orange band on the cap, the letters on the upper arm, and the stitching around the back pants pockets. I wish I had such a simple yet elegant uniform to wear.