Would five effeminate, overly-styled men fill your head with a desire to visit Japan and eliminate all memories of nuclear disaster and fall-out? That’s apparently the Japanese tourist authority dreams. One foreign resident designer laughed that few outside Japan would know the commercial charms of Arashi, and that the contexts are hard to understand for those with limited knowledge of Japan.

Who would be better? The womyn’s soccer team, Nadeshiko? The almost invisible Royal Family? The CEO of TEPCO (Tokyo Electric Power Company, owner & operator of the Fukushima nuke plant)? Pokemon?

Lovely story by Project Me’s Kathryn about how she went from an Ozzie indie rock chick to a Japanese fan girl. I love how she hates when people call Arashi a “boy band.” They are IDOLS, she reminds us. Glad to know that super-vain Japanese boys are spreading happiness to the furthest corners of the Earth. And attracting new energy and life to Japan by inspiring immigrants!

This Seoul bus ad was spotted by a reporter based in Japan, who tweeted the photo with the message, “Just saw this at a bus stop in Seoul. Would these boys make you want to visit Japan?”

Was she joking?! Of course, these heavily groomed boys and their matching outfits will lure foreign tourists and their money.

It’s a two-way street now between Japan and Korea with boy bands being the enticing candy that drives commerce. “Endless Discovery” seems to be a win for the feminine publics! 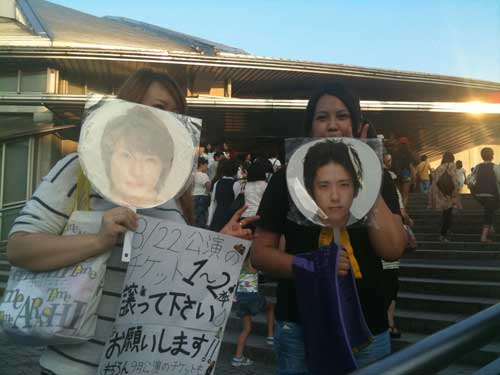 This post is especially for Kathryn, my #1 reader and blog commenter.

I was innocently on my way to the Taikukan (体育館）public pool– a place as infamous for gays as the summer-only Shiba Koen pool— when I noticed dozens and dozens of young women holding up sad hand-written signs and fans with the unmistakable images of Arashi. Yes, Arashi was performing at the nearby 1964 Olympic stadium, Kokuritsu.

Apparently these girls were praying that some scalper would come by and sell them some tickets. Or maybe they just wanted to hang out with other fangirls and compare photo fans? 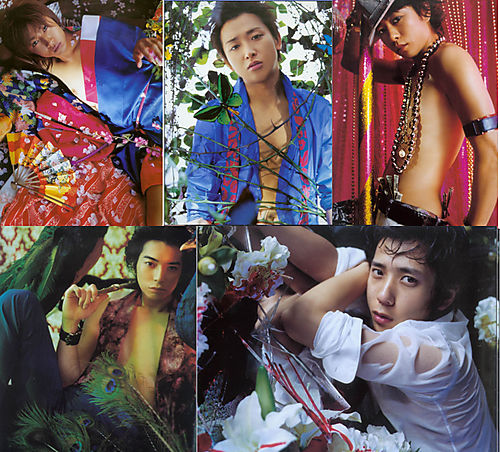 ps: I know that these boy bands attract female fans, but what about this image screams hetero to you?! I am not seeing “non-gay,” are you? ^^ 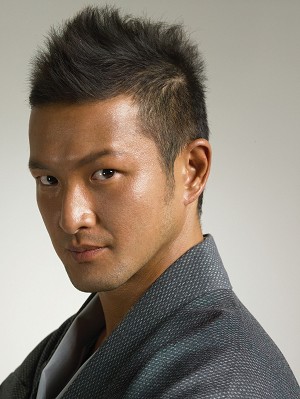 Readers, you are in for a huge treat!

Shido Nakamura is apparently a famous Kabuki actor.  Not being up with such cultured things like that, I only really noticed him when watching Letters from Iwo Jima (a damn fine movie – I resisted watching it for ages because I hate war movies but I’d highly recommend it).

After that, he became known (to me) as “the guy from Letters… no, not Nino, not Watanbe Ken, the other guy…”

Then I found out all about his kabuki past (he then became “the kabuki guy from Letters from Iwo Jima”) and, suddenly kabuki didn’t seem so boring.  I could sit though some traditional Japanese theatre for Nakamura-san.

More recently he was a guest on Arashi ni Shiyagare – http://www.dramacrazy.net/japanese-variety/arashi-ni-shiyagare-episode-3/ as the “big brother” guest.  He taught Arashi how to make ramen in a manly fashion *swoon*.  He has a quiet, dry sense of humor you rarely see in guests on Japanese variety shows.  But best of all, he talked about how, when he gets lonely in the middle of the night, he goes shopping at Don Quixote!   And he loves it when he gets recognised and asked for autographs and photos.  He (cleverly, perhaps) didn’t say which branch he shops at because that could possibly be opening the floodgates of fangirl stalking.

Still, good looks, manliness, sense of humor and shopping at Donki = a combination that will win my heart. 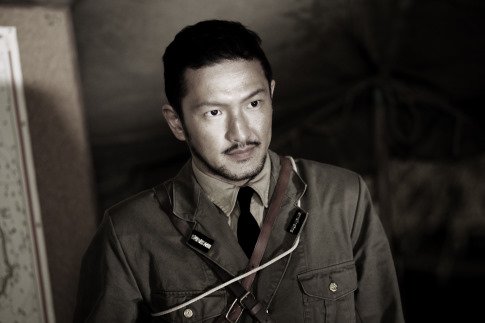 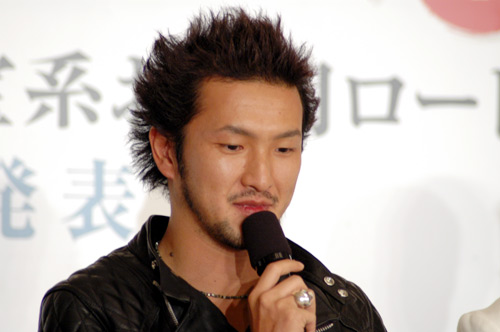 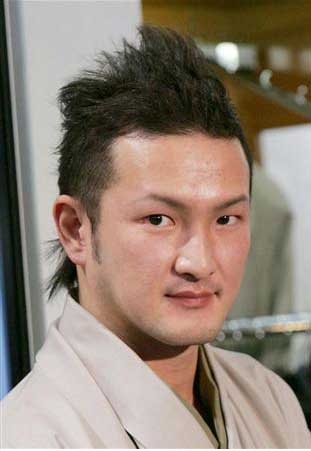 Arashi’s Sakurai Sho bares (almost) all in anan magazine’s special “male body” issue. Sho is one of the most popular members of the Johnny’s boy band Arashi, a Keio graduate from a wealthy family, and now a night-time newscaster on Zero presenting serious news, including the current state and history of Japan-US relations. The husband thinks Sho aspires to become Prime Minister one day, which would be a great triumph for the boy band creator Johnny.

anan is a young Japanese woman’s version of Cosmo. The magazine focuses on sexuality, appearance, polls, and men, men, men. This must be one of their sluttiest issues ever. There are taxonomies of the 8 male body types portrayed by comics and tarentos (all variations of skinny and boyish, except the normal sized “Big Boy” and the one fatty), photos of athletes and professional wrestlers, and a pictorial about how you might imagine young men at work without their clothes.

Dear readers, do you think Sho showing his skin will help or hinder his political aspirations? And, before I get any complaints, despite the fact that Sho is made up, waxed, and air-brushed to look barely legal (or younger), he is in fact 27 years old. I think he looks a bit like a Ken doll, plastic and a bit sexless.

What do you say? Should I post more images from this pictorial? 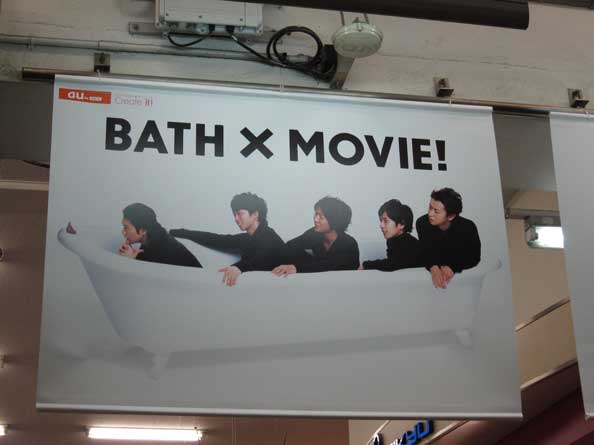 What a treat to discover all 5 Arashi in a bathtub together. I know it’s an ad for AU telephones; still, I was momentarily arrested in busy Shibuya station.

The husband says I look “ayashii” (あやしい), not to be confused with the boy band “Arashi” (嵐, literally Storm), a popular boy band. No, I look suspicious. Better strange looking than sorry, I think.

The towel and sunglasses mark the arrival of summer. And the mask, well, Japan has just recorded over 100 swine flu cases since Friday, making it global #4 after Mexico, the US, and Canada.

So “ayashii ojiisan” went in this get-up on the JR, and to my very first sumo match. At the entrance, we were offered liquid hand sanitizer. Here’s another image.